For the summer of 2021, we are moving out to Taxingeplan, the square outside Tensta konsthall. Actually, it’s not really a square and most people probably think of it as a back area. At the same time, it is the front side of Tensta konsthall, where we occasionally organise activities for children and where various craft sessions take place in the summer. For a long time Taxingeplan has appeared as a messy parking lot for loading and unloading goods to and from Tensta centrum, but now the big stairs are renovated and during the spring the square has been newly paved. 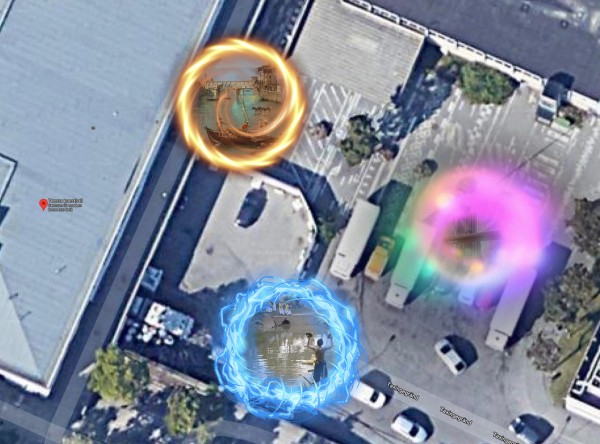 This last year we have been reminded about how extremely important our public rooms are and how precious the right to move around freely in a society is for us. Also, we have been fighting against the consequences of physical distancing, which doesn’t have to be the same thing as social distancing. What happens when libraries, culture houses, museums and art institutions are forced to close? And what happens when people are separated from each other for a longer time period and groups that usually meet must find new ways to stay in touch?

In order to get to know more ways in which Taxingeplan could be activated, and how this square could become a meeting place, we have reached out to the organisation Kvinnors byggforum, Women’s Building Forum, and the artist Bella Rune. The society Kvinnors byggforum was started 40 years ago by a group of architects with the purpose of highlighting women’s knowledge and ideas concerning living conditions, to create a platform for women within the construction field, and to share experiences in working in a male-dominated profession. Today, all women, non-binary and trans persons who are interested in how our housing environment is planned, created and administered, can become members.

The conversations we’ve had with Kvinnors Byggforum have covered a number of themes that have touched the interface between the private and the public and that specifically affect women’s experiences. The idea of the avlu, a Turkish term synonymous with ‘inner courtyard’, soon emerged as central to the cooperation around the configuration of the Tensta square. The avlu is a place that exists in between the home and the street and it works as a passage between the private and the public sphere. Here you cook, guests are greeted, you hear passers-by speaking while the laundry and vegetables dry on cords above. With the avlu, or the courtyard, as an inspiration, the team from Kvinnors byggforum have chosen to create a place in the shade where you can meet, rest, and just be.

In Bella Rune’s project, Tensta’s Magical Wormholes, portals to other worlds are opening, as well as to other ways of viewing reality. And since Taxingeplan is a cosmopolitan place where many languages are spoken and where there are experiences from all over the world, the possibilities to connect are dizzyingly distant. According to the artist, they might even be intergalactic. And, as often in the practice of Bella Rune, there’s a clear link between the digital and textile, between virtual reality and craft. With Bella Rune’s vessels, in the form of AR-applications and gondola-resembling, hand-knitted hammocks, you can seamlessly switch between the private and the public.

During the preparations for this summer’s activities, our local community network has been highly important for us, not the least within Platssamverkan Tensta, (Neighborhood cooperating Tensta) a team consisting of different participants in the neighbourhood who have been in dialogue with the municipality and the civil society in order to form a common structure to activate the streets and the squares in Tensta during the summer.  One example that Tensta konsthall has initiated in this context is Art Fridays for children and young people, which will take place at Taxingeplan in collaboration with TechTensta and Kulturskolan, (the public culture school) along with try-out-craft under the guidance of Hemslöjden i Stockholms Län.

Also, we will initiate a new podcast playground, Living Space and Green Lungs, a series of conversations about the space between our houses then and now, that continues the work that makes women artists, designers and architects visible to a broader audience. The podcast aims to shed light on and discuss some women pioneers from today’s perspective in dialogue with contemporary artists, architects and various groups of visitors, but also to take a closer look at a number of “passages” from and to various spots, with Taxingeplan as the starting point. The series of conversations partly turns towards women architects who have had a particular interest in modern housing from early on, specifically those apartment buildings constructed after World War II, to solve the growing need for housing and also ideas about how common space between the buildings, and the landscape itself, could be formed in order to create a pleasant environment to move around in. Ideas that lately have become more hidden in the shade. The podcast will continue throughout the summer and develop along the way depending on new meetings and events.

In conjunction with the opening in June, we will hold a three-day conference – Passagearbeten 11-13.6 – in the form of a series of activities, workshops, walks and conversations that deepen some of the issues that Tensta konsthall has followed for several years. The conference deals with thoughts on presence and local history, and is also about developing methods on how one can augment knowledge in collaboration with artists, architects, scholars and local initiatives. The participants in the Language Café and Women’s Café, along with the course Art Mediators for Change that has been going on during this spring, will function as hosts for many of the activities and conversations. The conference is part of the EU-project 4C:s From Conflict to Conviviality through Creativity and Culture that started in 2017 and is realised in collaboration with Tensta konsthall, SAVVY Contemporary, Berlin, Royal College of Art, London, Fundació Antoni Tàpies, Barcelona, Vilnius Academy of Arts, Museet for Samtidskunst, Roskilde and ENSAD in Paris.

During the summer we will also present a small exhibition with Ângela Ferreira’s work Talk Tower for Forough Farrokhzad (2020), a sculptural installation in the form of a radio tower as a homage to the Iranian-born poet Forough Farrokhzad (1934–67). Forough Farrokhzad has continued to fascinate new generations of readers and her works keep on being published in new translations in different languages. Talk Tower is a part of a number of works by Ferreira that aims to highlight poetry as a guiding force for resistance and change. Her works carry forward and empower women protagonists and their voices. Here we meet the South African poet Ingrid Jonker, the singer Miriam Makeba, and the philosopher and activist Angela Davis, who, along with Forough Farrokhzad, have all articulated a strong resistance in an environment intoxicated by racism, censorship, apartheid, and various forms of misogyny. We are deeply grateful to Luísa Santos and Ana Fabíola Maurício at Universidade Católica Portuguesa for their work with Talk Tower for Forough Farrokhzad by Ângela Ferreira, realised within the project 4Cs From Conflict to Conviviality through Creativity and Culture – Mediation Lab financed by EU Creative Europe.  A big thank you to Namdar Nasser, translator, and the publisher Modernista.

The project has received generous support from Stockholms stad and Barbro Osher Pro Suecia Foundation and Kungl. Patriotiska stiftelsens understödsfond, which has made this summer’s activities for children and young people possible.