GLOBALISATION AND THE POLITICS OF SUBALTERN RESISTANCE IN MARITIME DISTRICTS
Workshop conducted by The Green Parrot and Fundació Antoni Tàpies.
Programme developed as part of the 4Cs European Project: From Conflict to Conviviality through Creativity and Culture 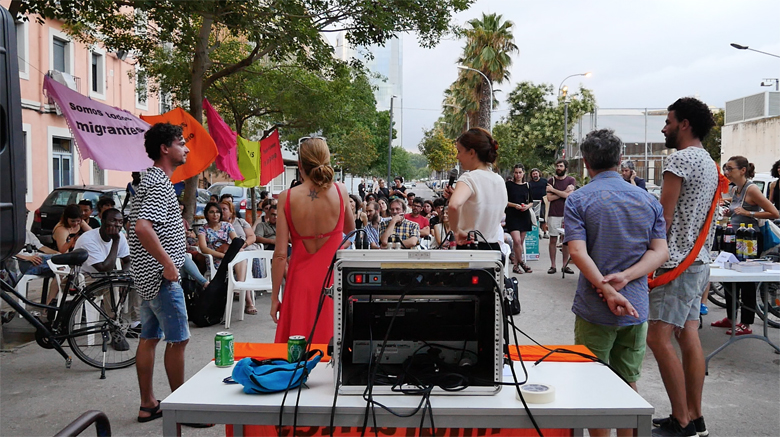 Barcelona maritime conflict: the maritime conflict in Barcelona is located in the Barceloneta neighbourhood. It is an example of the transformation of sea economy in a urban district. Changes experienced by the Barceloneta speaks of a new power emerging from the sea (the opaque and hidden economies related to the Industrial Ports). One obvious consequence is the disappearance of a productive model linked to the harbour and its traditional activities. Its substitution is by the tourist industry as well as by the industrial harbour.

The goal of the workshop was to approach several aspects of the Sea Conflict. The idea was to reflect about sea areas problematics with the people involved into the conflict and with the people who lives directly this situation (neighbours, dockers, street illegal vendors, the collective of the old fisherman, artisans, etc).

We have organized this workshop into the exhibition of Allan Sekula framework. Allan Sekula (Erie, 1951 – Los Angeles, 2013) is one of the most important figures in modern photography of the second half of the twentieth century. His work focuses on a critique of the links that photography has always maintained with the economy, work and the politics of representation. Allan Sekula. Collective Sisyphus will be this artist’s first individual exhibition in Spain. The Fundació Antoni Tàpies will show two main areas of his work in which Sekula observes and analyses the impact of maritime economy on the incipient globalisation of the 1990s, as well as the new moral premises imposed by neoliberalism at the beginning of the twenty-first century.

Municipal equipment at the service of the neighborhood of La Barceloneta that works for the promotion and cultural diffusion attending to two lines of specialization: dance and the visual arts.

An organization born in a fishermen's family in Barceloneta, and as heirs of this tradition, we want to preserve and publicize the cultural heritage of our trade, often forgotten in our city. We vindicate our origin, the emblematic Mediterranean seafaring neighborhood of Barceloneta.

Graphic artist who has decided to recover the historical memory of Barceloneta neighbourhood throughout her life through fish recipes. He is doing it with workshops, graffiti in the neighborhood and also with a visual book he is preparing.

Art collective from Rio de Janeiro, which develops actions in public spaces of the city. In Barcelona they work with different groups such as the Association of Artists and Artisans of Barceloneta to recover or create new sentences that reflect the problems and the history of the neighborhood. From there, these cangas (Portuguese name for pareo or cloth dress) can be seen walking along the beach and hanging on the balconies of Barceloneta for two days in July.

Colectivo Team that specializes in creating cultural and thematic routes. We design routes and offer to guide you on our trips and tours, on foot, by plane, car or bicycle. Guiding for us is to mediate between the content of our itineraries and the experience of the findings generated in any tour; “a new way to understand the cultural tourism itineraries,” as asserted in La Vanguardia about us. Ruta de autor has the support of the Barcelona City History Museum (MUHBA) and other public and private institutions.

Curators of the Programme

The Green Parrot: The Green Parrot is a non-profit organisation dedicated to contemporary art practices. In September 2016 started the second iteration of The Green Parrot, as a resident project at Fundació Antoni Tàpies and run by Rosa Lleó. Their projects will not be only exhibitions, they will take the form of events, parties or publications, and will be happening around the world. 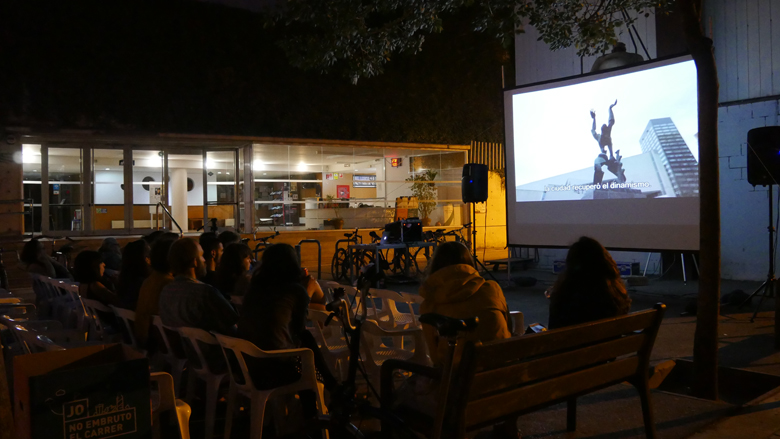 1. The Forgotten Space, 2010. The film follows container cargo aboard ships, barges, trains and trucks, listening to workers, engineers, planners, politicians and those marginalised by the global transport sys­tem. As Sekula says: ‘Our film is about globalisation and the sea, the “forgotten space” of our modernity.’

Marseille Après la Guerre portrays the dockwork­ers of Marseille after the Second World War. It is also a homage to Ousmane Sembène, a Senegalese filmmaker and one of the founding figures of the New African Cinema of the 1960s.

Tsukiji is, in the words of the director, an ’urban symphony’ dedicated to the largest fishmarket in the world, and one of the last surviving proletarian spaces in Tokyo.

3. Costa da morte, 2013. The film explores the Galician region through the people who inhabit it, bear­ing witness to their work and the relationship they have built with their natural environment.

The fishermen of the Barceloneta

Did you know that there are still fishermen in the city? Guided by the descendants of a long line of Barcelona fishermen, we will discover their secrets and the difficulties of this ancient trade. The activity will take place at the Moll de Pescadors de la Barceloneta, a unique and emblematic environment. Conducted by Cap a mar. 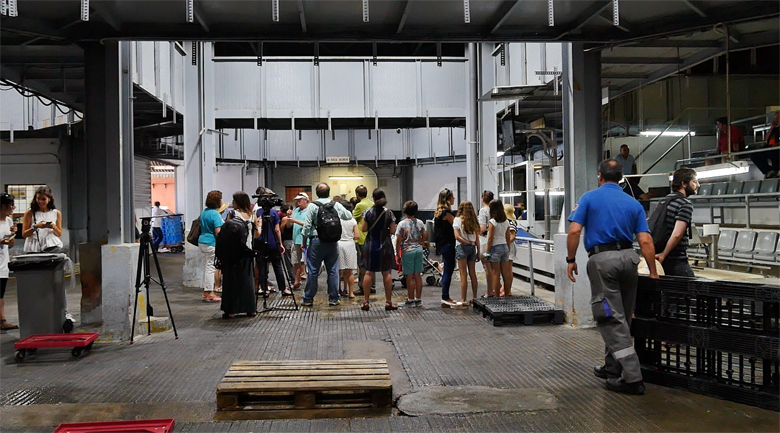 The fishermen of the Barceloneta © Fundació Antoni Tàpies

The port: in Sekula saeculorum

Guided tour in a traditional Golondrina boat around the commercial port of Barcelona, one of the lesser known parts of the city. The port struggles and conflicts characteristic of this zone inspired Allan Sekula since the mid-nineties. Conducted by Ruta de autor, with representatives from the Organització d’Estibadors Portuaris de Barcelona (Dockworkers Union).

Presentation by the collective OPAVIVARÁ!

Gathering during which the Brazilian artists collective OPAVIVARÁ! will present their projects and give a voice to the local groups taking part: Col·lectiu d’Artistes i Artesans de la Barceloneta and Sindicat Popular de Venedors Ambulants de Barcelona.

Photographic bicycle route along the seafront

Photographic bicycle route with Cristina Caparrós (Cap a Mar Association) and the pho­tographer Joan Morejón (director of 4photos). The activity will explore the transformations of the seafront through the photographic lens. No knowledge of photography required.

Video | The port: in Sekula saeculorum