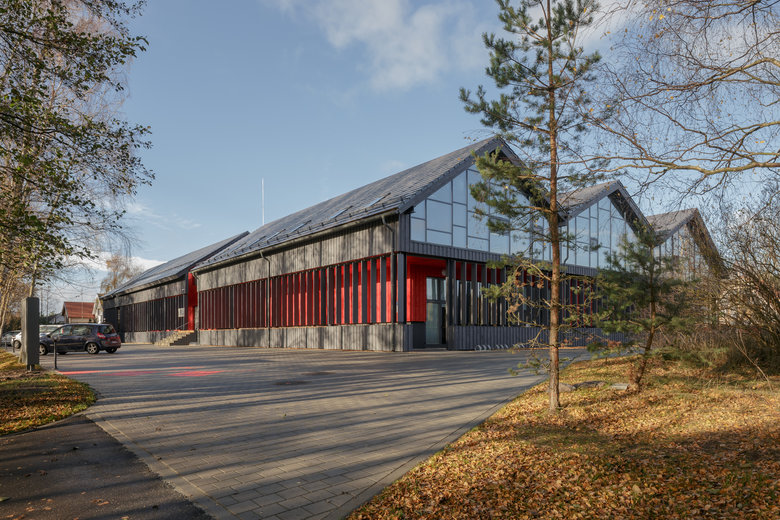 From September to October 2018, an Egyptian artist Amira Hanafi will be residing at Nida Art Colony of Vilnius Academy of Arts (NAC) in Lithuania as part of the residency exchange between NAC and MASS Alexandria. During the two months in Nida, Amira will produce new work on the topics related to conflict, rootless communities, migration, displacement, ways of making strange territories your own, conviviality, identity and related experiences. Her new artworks will be presented at one of Lithuania’s contemporary art venues at the end of October 2018.

Amira works with written and spoken language, assembling multivocal archives of material connected to particular histories. Using games, procedures, and constraints, she orchestrates movements between characters who converse with each other, intersect and sometimes exchange identities. She presents compositions from her research as digital and print publications, performances, and installations, most often working in multiple media within each project.

Amira Hanafi. Courtesy of the artist

Amira’s current discursive research was prompted by her encounter with the fabricated memoir of LoBagola, who worked as an entertainer and African cultural informant in the US in the 1920s and 30s. Born in Baltimore in 1887, LoBagola claimed to have been born in Africa. While it was not unusual for black entertainers of the era to perform as native Africans, LoBagola maintained his performative identity in daily life. Interpreting his performance as an act of resistance to living the brutal reality of a black man born in the US, not long after slavery was abolished, Amira is exploring questions around African diasporic identity and return. Her research is informed by her personal experience as the child of an African emigrant and her decision to move to Egypt from an increasingly violent, racist context in post-9/11 US. What hybrid identities have histories of racism and colonialism shaped? How do people of diaspora inhabit them? During her residency at NAC, she intends to continue building an archive of material around the real and fictional lives of LoBagola and the depictions of Africa he makes in his memoir. 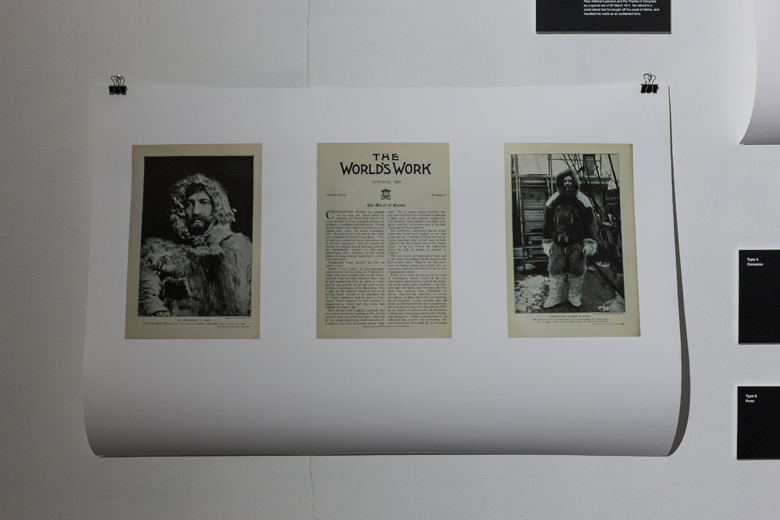 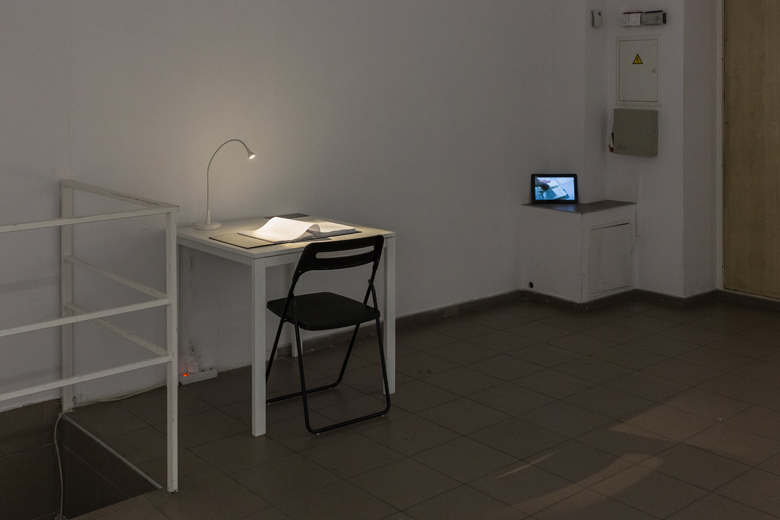 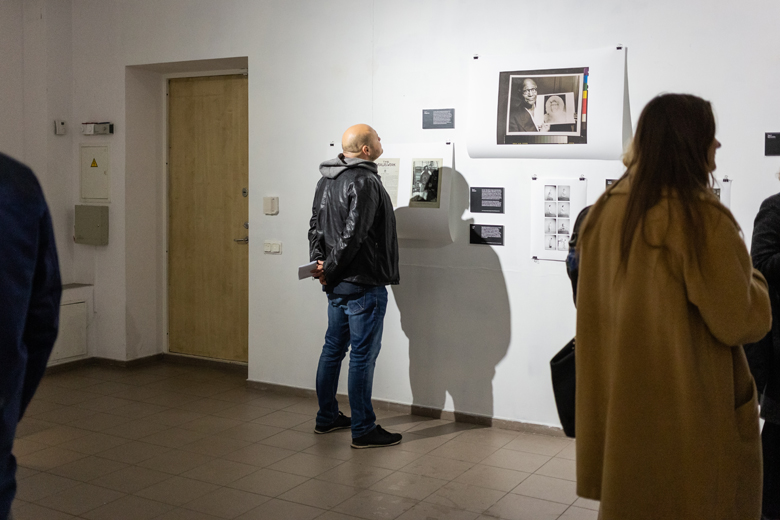 ‘Here is where the science of telling a good lie saved me a lot of trouble. Believe me, I surprised my own self by the way I did it, being so new to the civilized school of thought.’

The Science of a Good Lie is the introductory chapter of an ongoing project prompted by the artist’s encounter with the fake memoir of LoBagola. Born in Baltimore in 1887, LoBagola claimed to have been born in Africa. He worked as a storyteller and entertainer, acted as a cultural informant in scholarly contexts in the US and Europe, and maintained his performative identity in daily life. His memoir, published by Alfred A. Knopf publishing company (New York) in 1930, entered academic literature as fact. This exhibition presents diagrams and images from Amira Hanafi’s research during her residency at Nida Art Colony in September/October 2018. The work posits LoBagola as a trickster, trickster as a storyteller, and storytelling as a way of (re)creating history in the face of erasure. Though ‘all men are liars‘, not all lies are created equal. 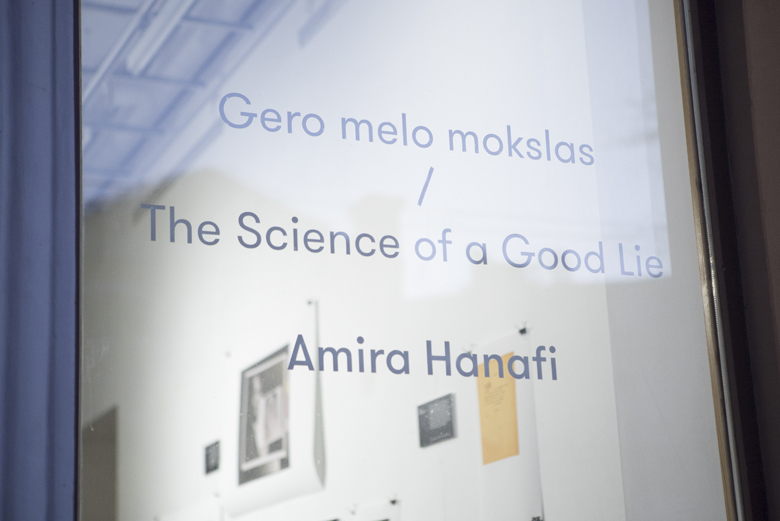 "The Science of a Good Lie". Photo Credits: Laurynas Skeisgiela

Amira Hanafi was born in 1979, US. She has lived and worked in Cairo since 2010. Her work has been exhibited internationally, most recently at Spazju Kreattiv in Valetta, Malta, at The Lisbon Summer School for the Study of Culture in Portugal, and at Flux Factory in Queens, New York. Her writing has appeared in Anomaly, Index on Censorship, Ibraaz, American Letters & Commentary, Matrix, Makhzin, and Fence, among others. She is the author of Forgery (Green Lantern Press, 2011), Minced English (print-on-demand, 2010), and a number of limited edition artist’s books. Her work has been supported by the Arab Fund for Arts and Culture, commissioned by Rhizome, and awarded with the Artraker Award for Changing the Narrative in 2017. In addition to her creative projects, she has worked as a teacher, bookseller, artist consultant, curator and cultural manager. She was a 2015 fellow of the Clore Leadership Programme. She earned a Master of Fine Arts in Writing from the School of the Art Institute of Chicago (2008) and a Bachelor of Political Science from Rutgers College (2000).