About the project:
Conversations From Calais aims to re-humanise those affected by the refugee crisis by using public space to share conversations volunteers have had with migrants met in Calais. It is a way of bearing witness for the thousands of displaced people stuck in Calais and trying to reach the UK, whose voices are so often silenced or ignored. This ever-growing collection of conversations focuses on capturing the diversity of experiences and avoids creating new stereotypes of refugees as villains, heroic figures or hopeless victims. By pasting these posters on walls all around the world, we are taking over public space, commemorating these voices and inspiring social change. 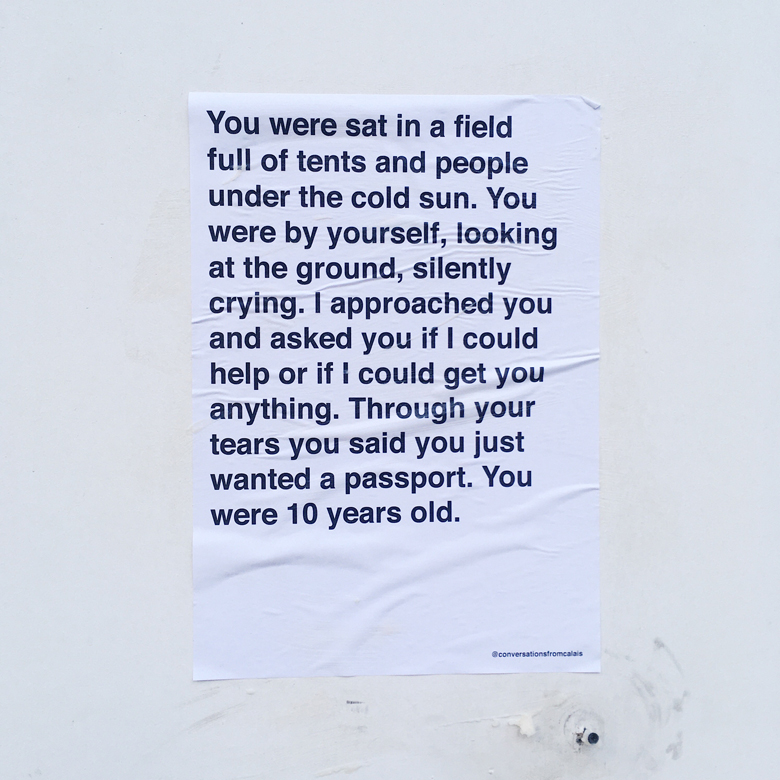 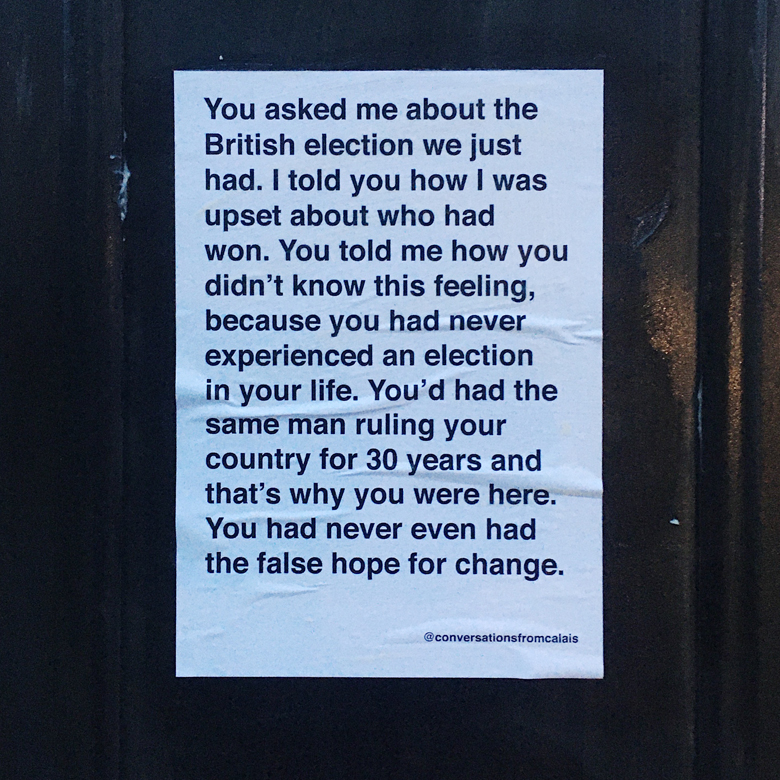 How can people get involved?
1. Download posters from our website and paste up in their city
2. Submit their own conversations if they have volunteered in Calais
3. Translate posters in different languages
4. By getting in touch about other ways of collaborating or helping the grow reach a wider audience

Who runs the project?
The project was set up and is run by Mathilda Della Torre. I am a French and Italian graphic designer and illustrator, currently based in London. I use my practice to look closer for longer, to bring people together through creative exchanges and to place marginalised voices at the centre of our stories.

What motivated and inspired me to set it up?
I had been volunteering in Calais for various organisations on and off for a year and a half, and every time I came back, I felt the need to share what I see, hear and experience there. I felt so angry about how migrants where portrayed in the media, especially when arriving in the UK from Northern France. I wanted to find to break away from how migrants were portrayed in mainstream media by remembering, documenting and commemorating banal but intimate and relatable conversations. I have also always been so inspired by how so many grass-root organisations have managed help so many displaced people living in Calais and that really motivated to start this project. I couldn’t really sit here in silence any longer. 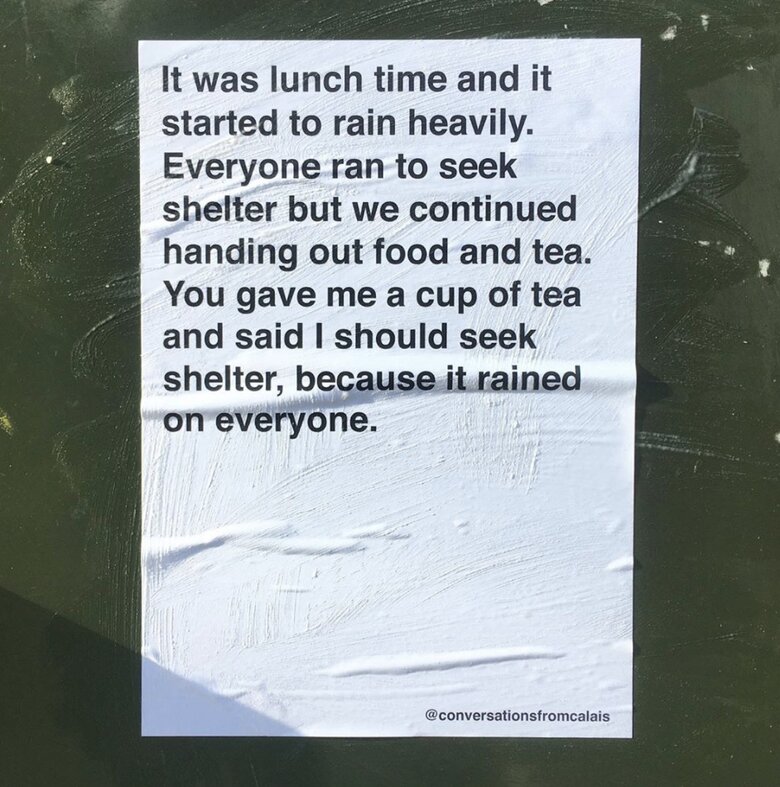 How do I want the project to develop?
One of my favourite aspects of this project is that it is open to collaboration and the way it has developed is influenced by people reaching out and taking different initiatives. For instance the posters have now been pasted up in more than 60 cities in 5 different continents around the world, which I was never expecting. In terms of how I want the project to develop, I would love to be able to put these conversations up on billboards around the UK. I would also really like to give talks and workshops in schools or other educational settings to tell people about the project and create spaces where a new narrative around migration is created.