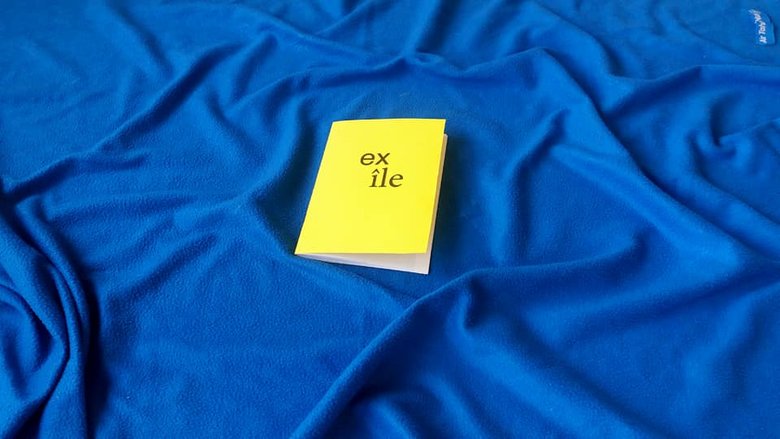 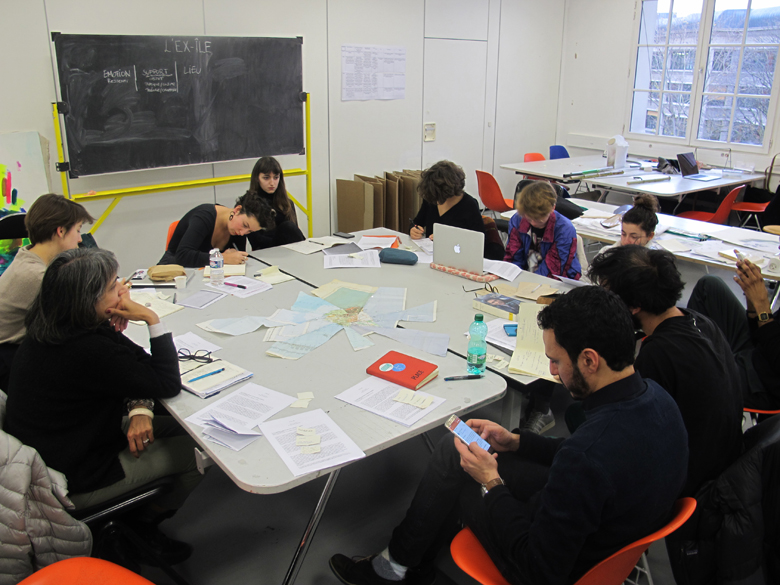 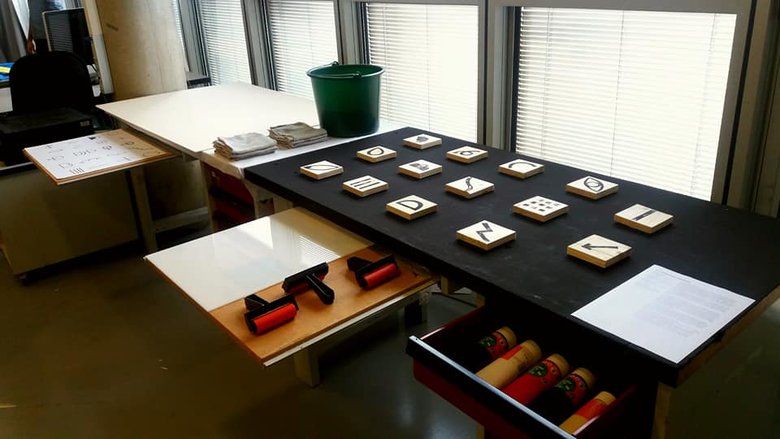 The workshop “Cultivate Conviviality” was the starting point of ENSAD’s participation in the 4 years European Project 4Cs (from Conflict to Conviviality through Creativity and Culture) that wishes to advance on the conceptual framework of intercultural dialogue and enhance the role of public art, design and cultural institutions in the promotion of collective action through cultural diversity and intercultural encounters.

The workshop aimed to show the importance of understanding and integrating the social, political and cultural references of migrants in solving conflict situations by applying design methodologies. It began in November 2017 and took place over a period of three months until February 2018.

During the workshop students, experts, local migrant associations, artists and designers have co-developed with migrants, new tools of conviviality that will allow all of them to improve their standard of living, together by highlighting migrant’s specific knowhows. These tools are the results of different problematics that link each specific context and territory, to food and culture.

The workshop was constructed so that students could contemporaneously explore and identify specific issues linked to problems of migration and integration, notably via theoretical approaches that deconstruct colonial and post-colonial perspectives by re-situating migration in its proper historical context, and by exploring directly, through an ethnographic research approach, the reality of migrants’ lives in Paris today.

Two distinct but complementary research sites were identified for students: one was characterized by the richness of its population composed by 300 different communities and the other by the proactive and creative attitude of the expert newcomers involved.

The first was the area of St Denis, a commune in the northern suburbs of Paris, known for its multi-cultural breadth. Here students started by exploring the area by walking around and engaging with the local population (local long-term inhabitants as well as newcomers). Subsequently, students were helped in their research endeavours by the workshop’s animators by being introduced to key actors within the area (whether associative actors or key individuals in migrants’ organisations). Students were able to do fieldwork in an associative restaurant catering to migrants and the local community and in a housing complex hosting retired migrant workers, active migrants and undocumented migrants from Sub-Saharan Africa.

The other field situation was more loosely constructed as the workshop’s animators started by identifying a given group of migrants rather than grounding the research in a specific territorial context. The migrants in question all gravitate around an association called "Place" which encourages “newcomers” to develop and pursue entrepreneurial projects as a way to value their know-how as well as accelerate their integration. "Place" has no actual physical place of anchor but navigates the multi-varied Parisian scene in search of partners to support and help the newcomers’ projects. As such, students followed the migrants around, first by meeting them at Make Sense, an incubator that provides free space and helps them develop their business projects. Then they followed them to the Cité des Sciences where its “Self-training” department provides them also with meeting spaces and support. “Place” also operates in other hotspots such as La Gaieté Lyrique, the International Business School of the Ecole des Ponts et Chaussées as well as the Centquatre. Overall, students had access regularly to 5 to 7 migrants mostly from Syria but also from India and Bangladesh. They were able to analyse the contexts in which they operate and exchange extensively with them about their projects, lives, experiences etc.  In addition, they had access to different people within the various places welcoming them. Here, the fieldwork situation required them to take into consideration the nomadic nature of the migrants’ experience of Paris as well as the varied character of their professional support networks.

Fieldwork took place essentially within workshop hours, with the workshop’s animators accompanying students into the field and helping them with their research. However, students were highly encouraged to pursue the fieldwork research beyond the classroom and to engage with migrants outside of class hours. Each week, debrief sections in presence of various workshop actors took place in order to go over the challenges and benefits of each fieldwork situation, exchange information on the two research areas, plan for future fieldwork sessions and consolidate student’s theoretical approach, like, for example, the exercise around travelling theories inspired by the work of the cultural critic Edward Said.

As mentioned above, the workshop was more than a space in which to develop and discuss research approaches to migrants’ situations. The research stage was meant to provide both information about and access to migrants so that students could then conceive specific conviviality tools. The design process required that students engage with “expert newcomers” through a co-creation process to develop appropriate design solutions to previously identified real-life problems. As the workshop proceeded and the research activities developed, students and migrants were increasingly asked to reflect together about the meaning of conviviality as well as how conviviality could be materialised through specific tools or services capable of highlighting their know-how. Therefore, the workshop was conceived as a joint venture bringing together users, in this particular case migrants, and students with the aim to co-create pertinent solutions that would take in consideration the migrants’ situation and needs. The initial research-based activities in November and December gradually lead to an intensive week of co-creation in January where students, migrants, community activists and other actors from civil society developed the aforementioned conviviality tools.

These co-creation activities were ushered in by a short exercise held on the last day of the research phase in December where students and «expert migrants» came together to define a precise design protocol where they had to identify what, how and with whom they wished to work on. Students also worked on a personal, ethical chart clarifying their project’s ethical implications and leitmotifs. Following this exercise, students were requested to provide a detailed description of their projects for the beginning of the January 2018 intensive workshop week following a pre-established template to be uploaded to a common dropbox space. Students were asked to define a name for their project; identify themselves and the expert migrant(s) they were working with; describe the project’s geographical context, the issue(s) identified, and the needs migrants expressed;  indicate the type of co-creation processes they had engaged on; clarify which know-how and knowledge would be enhanced via the project as well as what type of conviviality tool would emerge at the end.  Projects were validated by the 4Cs’s team - the workshop’s animators - on the first day of the intensive workshop week following a brief presentation by students and their «expert migrant(s)». Students and their chosen «expert migrant(s)» then co-created the selected conviviality tools throughout the week and presented the outcome of their collaboration on the last day of the intensive workshop week with the 4Cs’s team supporting their endeavors throughout the week.

Following the intensive workshop week in January, a conference was organized on the 5th of February always on the theme «Cultivating Conviviality». The conference has brought together philosophers, design experts, students, expert migrants and the 4Cs team in an effort to discuss issues related to post-coloniality as well as design practices that foster innovative solutions aimed at improving conviviality, hospitality and people’s lives overall in the context of today’s migrations. The participants have compared their practices while taking into consideration the situation’s complexity as well as the know-how and lived experience of each and everyone through a co-creation process.

The conference was also an opportunity to show to a larger public the results of the homonymous workshop. 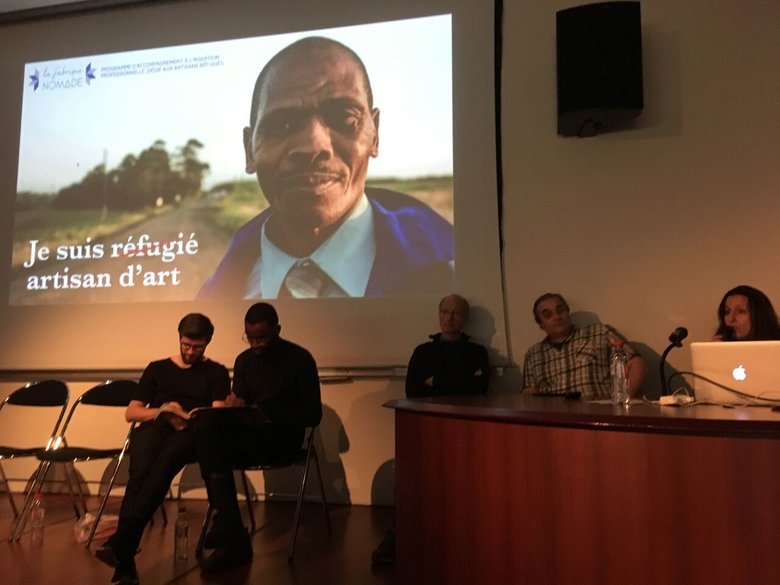 19h40 Round Table animated by the 4Cs team with the participation of:

Daniele Lupo, designer, in charge of the Cosmo (http://www.meet-cosmo.it) and Lungomare projects (http://www.lungomare.org/)

20h30 Open debate with the public

Video of the workshop: https://youtu.be/l7t4UAC9D68