The first biennial Cultural Literacy in Europe Conference took place in London in April 2015; the second in Warsaw in 2017. We are now pleased to announce the Call for Papers for the third Biennial Conference, to be held at the Universidade Católica Portuguesa (Lisbon) in May 2019.

What is cultural literacy? Cultural Literacy (see http://cleurope.eu/about/) is an ability to view the social and cultural phenomena that shape our lives – bodies of knowledge, fields of social action, individuals or groups, and of course cultural artefacts – as being essentially readable. It engages with interdisciplinarity, multilingualism and collaboration. It is as much about innovation and creative practice – whether scholarly, artistic or social – as it is about analysis, and it often brings these two methods together.

What is conviviality? As a series of acts of negotiation, culture is inextricably linked to the exchange of goods and ideas, cosmopolitization, hybridization and mobility (Cronin, 2002, 2010). This calls for a new brand of cosmopolitanism, one that is not ‘from above’ (Hall and Werbner, 2008), and for a convivial culture in which ‘the recognition of mutual worth, dignity and essential similarity imposes restrictions on how we can behave if we wish to act justly’ (Gilroy, 2004: 4). The project of conviviality depends on the translatability of human experience, of literacy as translation, and an ethics of heterogeneity and education, which reminds us that cultures are not homogeneous and do not sit still (Sen, 2006: 112-113). It also leads to a re-reading of the past through the lens of present-day concerns, as these often relate to ‘a post-imperial melancholia’ (Gilroy, 2004), which may translate into a need to ‘decolonise’ Europe (Sayyid and Barnor, 2006) and promote a ‘subaltern cosmopolitanism’ (Sousa Santos, 2002).

In our digital era, conviviality also extends to virtual space and social media, as these imply new literacies. The question of whether ‘we expect more from technology and less from each other’ (Turkle, 2012: 295) is a pressing one: are online forms of interaction, conversation and cultural exchange meaningful forms of convivial culture, and how are the arts and literature being (re)shaped by the new technologies?

This Conference will address modes of conviviality that cultures may have resisted, promoted or facilitated down the ages and especially in the present. It will reflect upon the role and effects of cultural literacy in different media, in the shaping of today’s politics and global economy. As a potent tool for spreading ideas and ideologies, cultural literacy helps shape world-views and social attitudes in indelible ways that need further investigation.

You are invited to submit a proposal for a 20-minute paper (or for a panel of three 20-minute papers) on any area of the conference topic. Proposals should consist of: title, an abstract (max. 300 words), a mini-biography (max 100 words), plus your name, affiliation and email address. Send this to mlopes@fch.lisboa.ucp.pt and n.segal@bbk.ac.uk by the deadline of Wednesday 30 November 2018.

11th May – Workshop with Ahmet Öğüt

Artists and other cultural workers are fragile when acting alone, facing more personal consequences. After every radical and transformative act, heavy aftershocks might resonate for a long time, which might puzzle us. How do we challenge the limits of structural change in a progressive manner today? How could we mediate in those moments and challenge top-down decision-making, repurposing it in real time. How can we learn to act collectively? 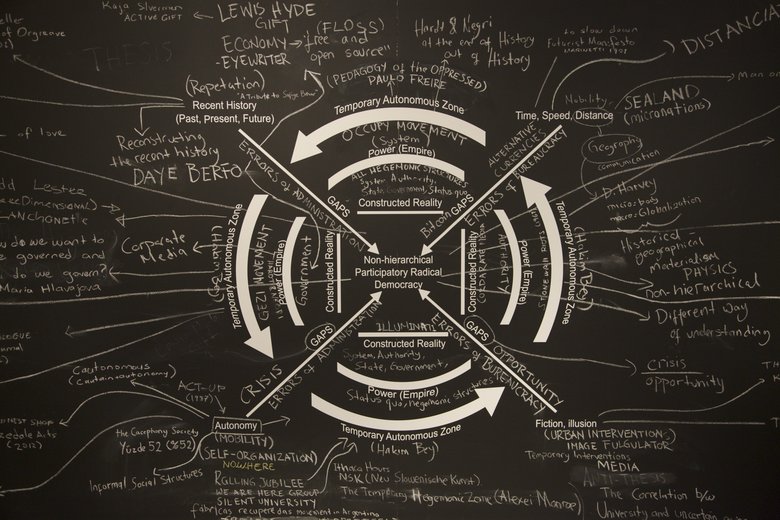