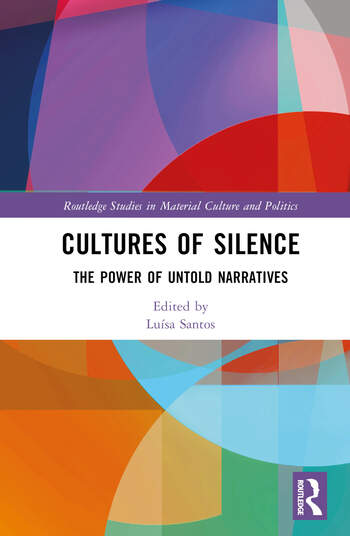 This book investigates the notion of silence as both an oppressing instrument and a powerful tool of resistance under the lenses and practices of cultural production. Taking a transdisciplinary and transcultural approach to the study of creative and cultural practices, the chapters ask how cultural production is dealing with surges of oppressive regimes, censorship, and fake news, and which cultural processes are implied in silencing as well in giving voice to, in erasing, and in producing small and grand narratives. The book reaches beyond dominant instrumental views of contemporary cultural practice to understand culture not only as an expedient to conduct social policy but also as a diagnostic tool and a vernacular space of giving voice to the many small narratives that make the world we live in.

Part I: (Embodied) Silence and Memory

2. The Sound of Silence in the Age of Man
Diana Gonçalves

6. Silence as a Weapon of Power Within the Context of the Portuguese Dictatorship
Irene Flunser Pimentel

7. [Inaudible]: The Politics of Silence in the Work of Lawrence Abu Hamdan and Gabrielle Goliath
Sven Christian

11. On the Subject of Silence
Tânia Ganito