The eight projects displayed in Ariella Aïsha Azoulay ’s exhibition Errata are part of an attempt to intervene in the imperial grammar of photographic archives, to interfere in imperial knowledge printed in books, to unlearn imperial structures such as nation-states, orders or status of “undocumented” imposed as fait accompli and to foreground the imperial origins of numerous gestures inherited by scholars, artists, photographers and curators, and used in their practices. 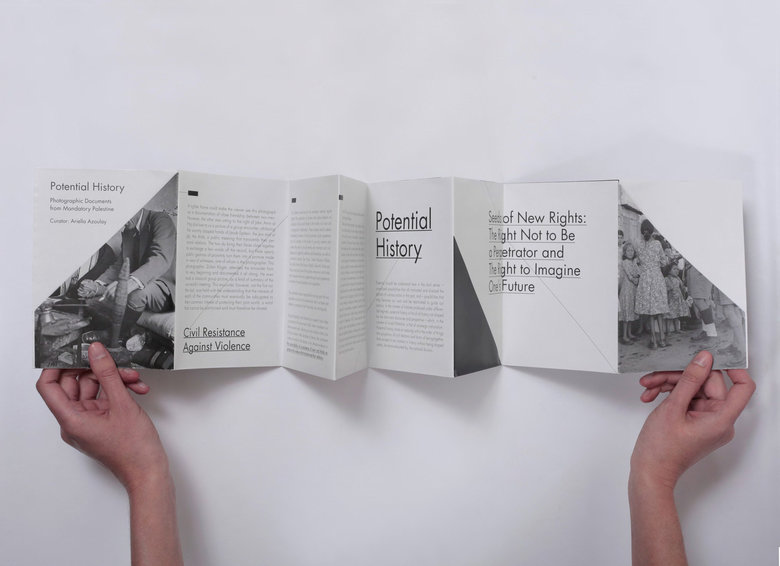 This exhibition consists of a series of ‘rehearsals’ in non-imperial modes of archival literacy. Photography is being used here as part of a ‘potential history’, a way of unlearning the imperial habits and gestures through which citizens of differentially ruled body politics have been trained to inhabit the privileged position of experts – in photography, art, politics and human rights discourse – and explore the plight of others, congealed in objects, books and documents, while those others with whom they share the world are forced to endure secondary and subservient roles.

Four of the projects attempt to show the systemic violence used to end the Second World War with a ‘new world order’ and foreground other imaginaries that emerged from the chaos created by the war. The plan to impose a new world order was conceived way before the war came to its end by the three heads of state that led the Allied camp: Roosevelt, Churchill and Stalin. With no constituencies, parliaments, votes or other institutions of representative democracy, they imposed themselves as representatives of this new world and set out to destroy the old one. A singular vision of the new world order was approved by a new organ, the United Nations, and the Allies were determined to stifle competing for local and regional models of rule and to suppress imaginative civil experimentations. The latter aspired to different political formations that would not only put an end to the Nazi and Fascist regimes but also to the imperial one, and enable colonized people, as well as dispossessed and exploited populations, to claim their rights and attempt to renew systems of rights that had been so grossly violated during centuries of worldwide colonization, enslavement and various forms of apartheid. 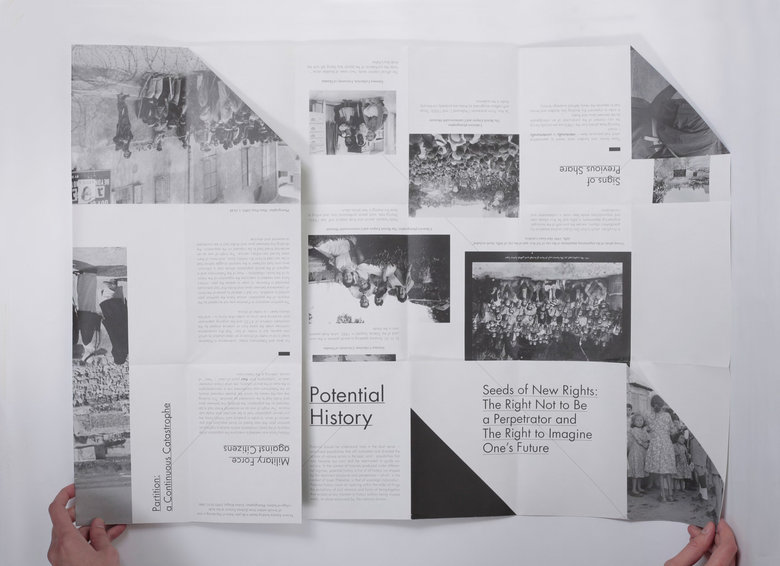 The transition to a new U.N. approved world order in 1945 marked the end of an era dominated by the Second World War and heralded a ‘new beginning’. This was by no means an ephemeral moment of celebration, a swift transition from dark to light. Rather, it was a prolonged and meticulously crafted transformation, enacted violently using massive destruction, forced migration, rape, dispossession, deprivation, massacres, food shortages, the privatization and policing of public spaces, the dismantling of workers’ unions and other techniques of oppression. The violence of ending the Second World War was facilitated by a global campaign, conducted by the Allies, to teach ‘visual literacy’ in the new language of human rights. At the core of the Allies’ global ‘curriculum’ were two tenets: the violence exercised by the Allies is legitimate and justified as a means to achieve universal ends and purposes; and this violence must be differentiated from similar acts of violence by others, which are presented as driven by the sheer thirst for power of this or that particular group seeking to achieve its oppressive ideals.

Ariella Aïsha Azoulay is a writer, video essay director film essayist, exhibition curator and one of the most innovative voices in the field of the history and theory of photography, as well as political theory. Since the publication of The Civil Contract of Photography (Zone Books, 2008), she has become an essential reference when considering the effects and political influence of photographic
archives. One of the most influential ideas deriving from her work as a researcher has been that of potential history, as a result of her analysis of the impairment of Palestine and the on-going colonial enterprise to keep Palestinian in exile.
According to the author, potential history should be understood as a set of unrealised possibilities in the course of history and as future possibilities not yet envisaged in the account of the events of the past. In short, this idea awakens the latent polyphony in civil relations, which in the case of Palestine, would have allowed a coexistence. Her most recent research deals with 500 years of imperialism and includes the study of gestures of enslavement, looting and destruction and their connection to institutions such as museums and archives, with a special focus on the appropriation of objects from Africa. The Natural History of Rape is an attempt to inscribe the mass rape of German women by the Allies in the photographic archive Enough! juxtaposes 63 plates from UNESCO kit (1950) illustrating the UDHR with 63 images in which people are claiming their rights; Books Not In Their Right Place and Masterpieces explores the continuity between looting and “legitimate” looting in the context of ending WWII; and The Potential History of Palestine, a reconstruction of the shared world of Arabs and Jews in Palestine prior to its destruction through the violent campaign
of creating a Jewish nation-state.

For all the exhibition publications please visit here.

You can see eight videos with the artist explaining some details of the exhibition.