Workshops on memory and media with artist Stine Marie Jacobsen.

Museum of Contemporary Art will host two workshops run by artist Stine Marie Jacobsen in the fall of 2019. The workshops are a part of an art project on memory and the media’s framing of the news. 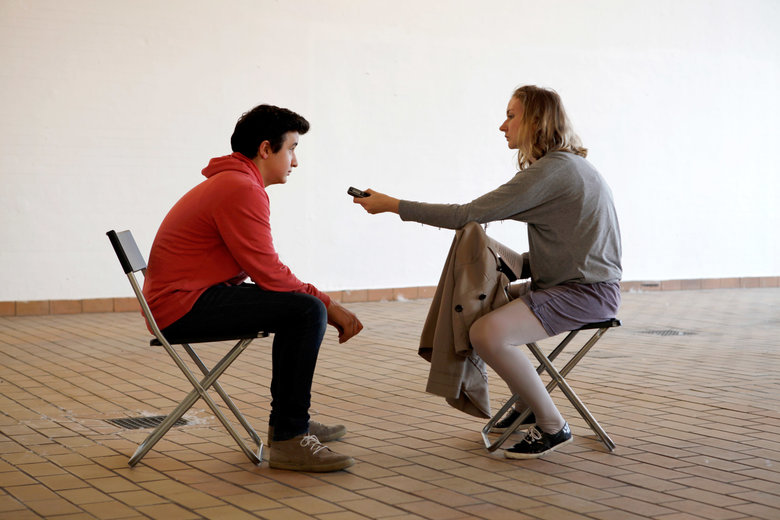 Stine Marie Jacobsen works conceptually with issues such as legislation, language and gender and creates shared spaces for dialogue and critique. In the workshops, participants will be able to discuss and consider various topical themes and problems.

Participants will work with Stine Marie Jacobsen on discussing and narrating news stories and contribute in creating artistic renditions of them. 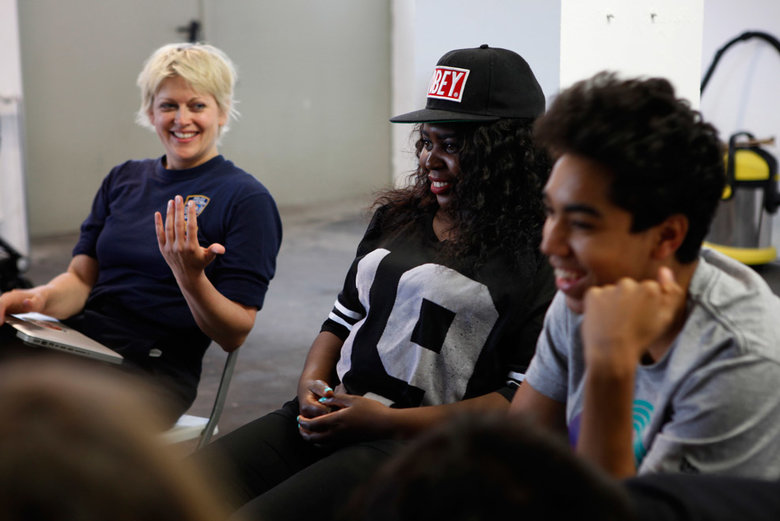 The workshops are part of a Mediation Lab in the 4Cs project.

TALK ON MEMORY AND MEDIA
November 1st at 16.30 – 18.30
Artist Stine Marie Jacobsen and psychologist of language Anne Uhrskov conclude and reveal the experiment in Byens Hus. 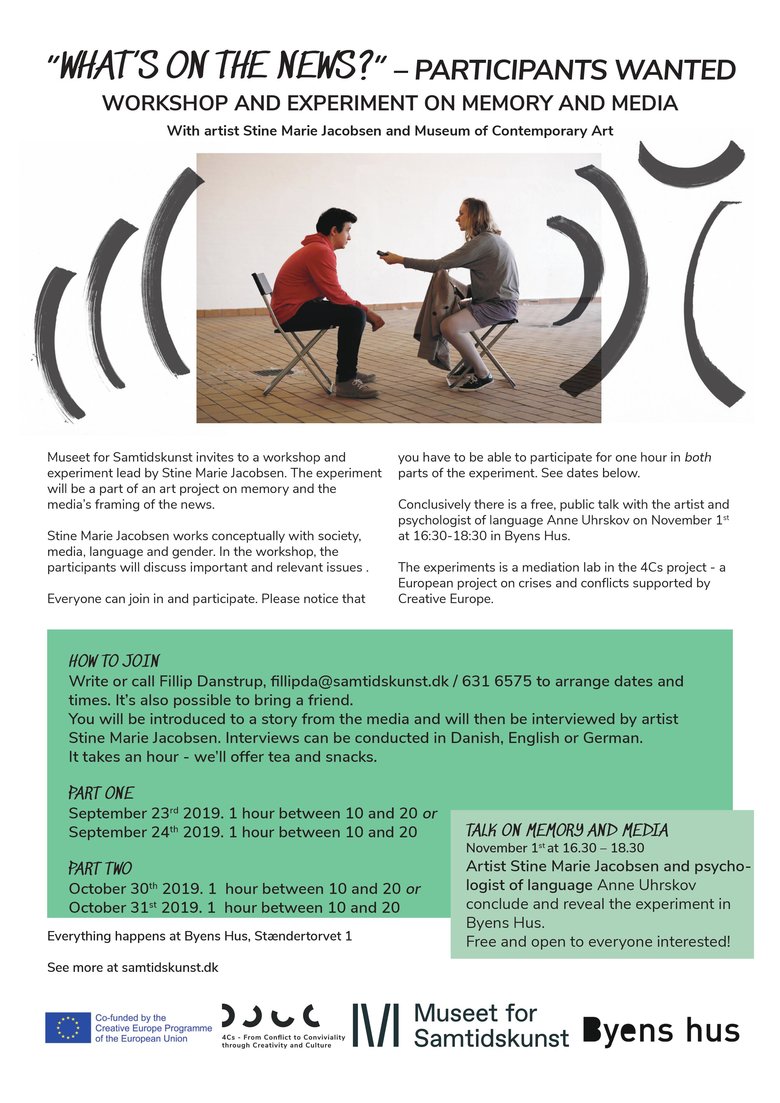 The core of the workshops and interviews is a language experiment, originally conducted by a psychologist, which showed that 3 in 4 potentially have biased memories. That is, in recollecting and retelling a newspaper article where three men (no ethnicity or nationality mentioned) assaulted an immigrant, 3 in 4 claims that three immigrants attacked a defenseless Danish man. The aim is not to point fingers at people misremembering the article, but rather open the discussion about why many people subconsciously blame immigrants. Memory works in mysterious ways and not correctly retelling details is not indicative of political biases in itself. In this sense, structural differentiation in media merges with memory and language theories in Jacobsen’s work.

The film is a visualization of the article and experiment in question. The production used a professional (albeit small) film crew and young men with little or no experience in the performing or pictorial arts. This mix unlocks new areas of creativity and is one that both artist and museum are experienced in. The shooting process started with a stunt workshop in which a professional stunt instructor taught the actors to simulate the quite brutal scenes of the article and the different ways they were re-told. Simulating violence in acting and performance forces the actors to take special care of each other. So actually, removing the violence turns an assault scene into a choreography of caring for your co-actors. This is emblematic of Stine Marie Jacobsen’s work as an artist: dealing with a heavy topic like violence in peacebuilding and non-violent way.

Two nights of shooting the film were enough to turn it into a film in two versions. An 8-minute version intended for use in a gallery space and a shorter ‘interactive’ version that can be used by e.g. teachers as part of their syllabus. Both films are made in a style miming the Danish 1980’s OBS-film (Oplysning til Borgerne om Samfundet / roughly: Public Service Announcement) and the reconstruction scenes of television documentaries. Here, violent scenes are less realistic and can even be a bit goofy.

The workshops headlined under “What’s on the news?” and the title of the film is “In the Dark We Are All Perpetrators”.

In the Dark We Are All Perpetrators - long version.

In the Dark We Are All Perpetrators - interactive version. 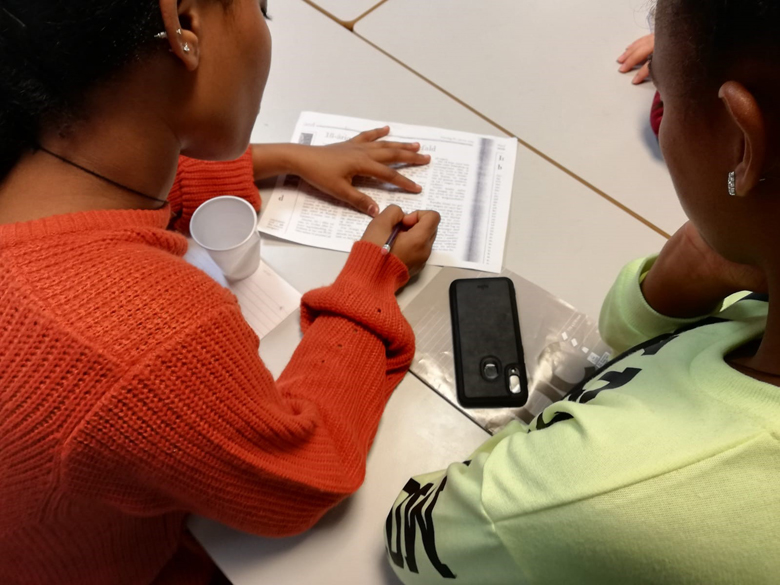 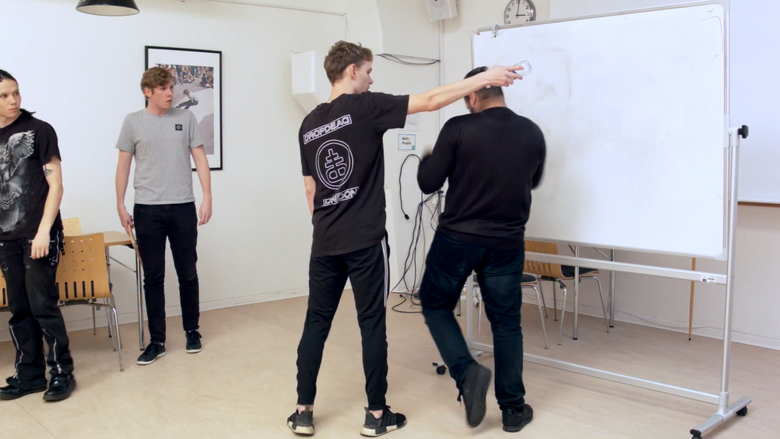 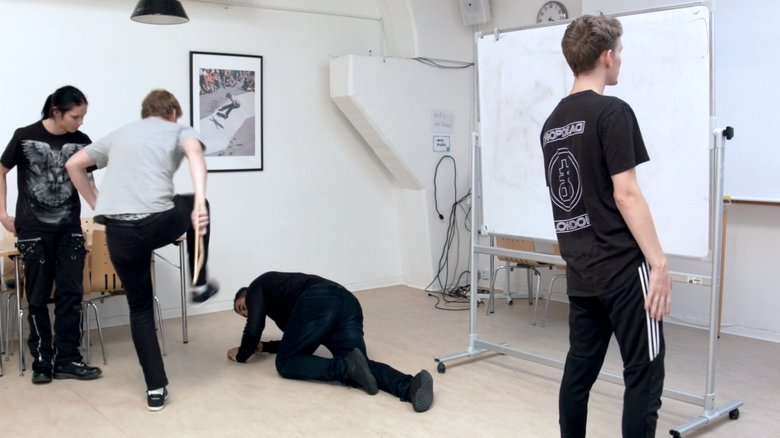 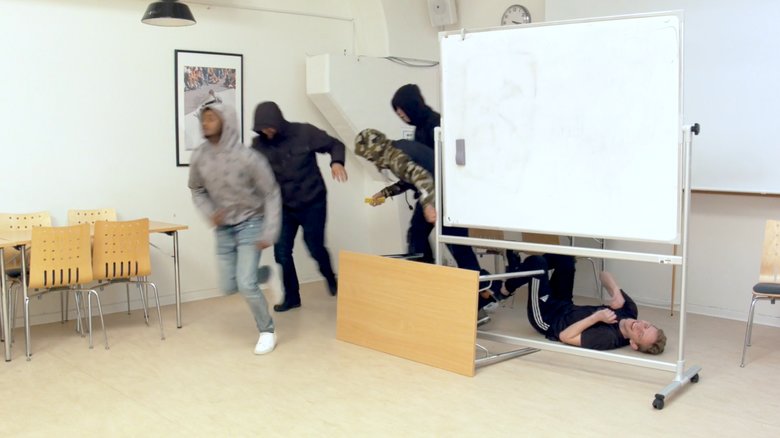 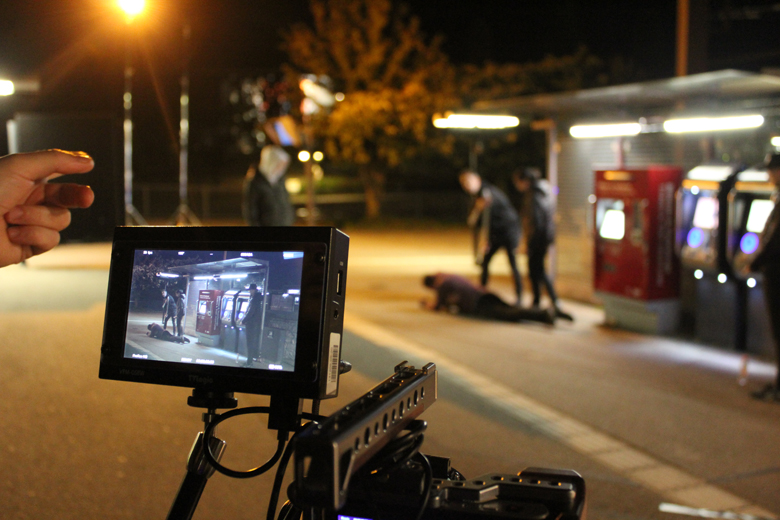 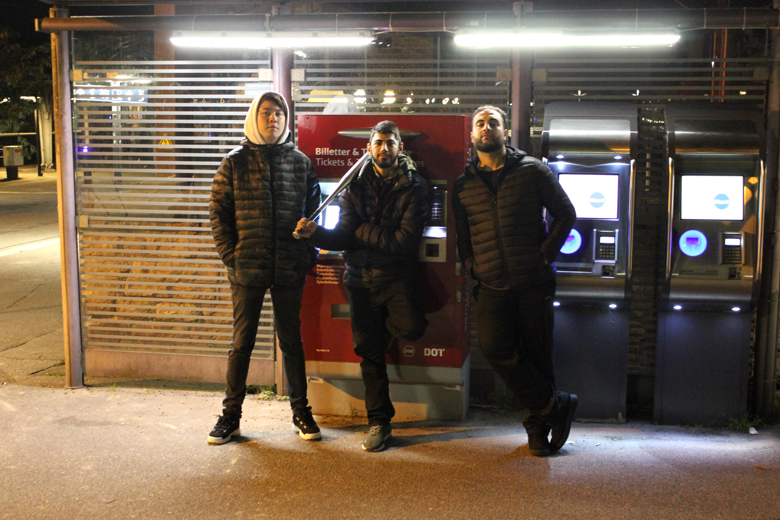