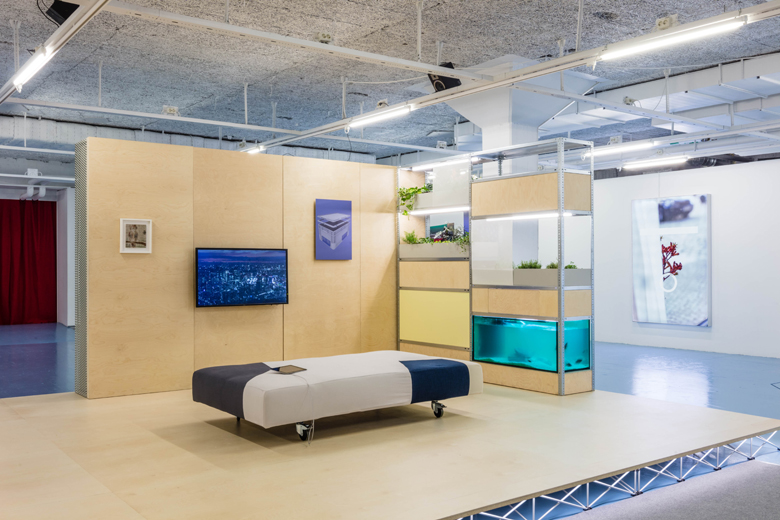 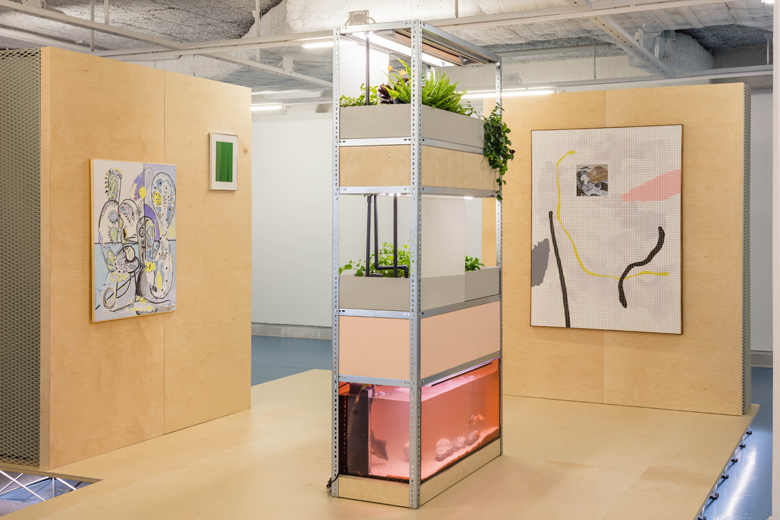 Description of the exhibition

New Eelam, by Christopher Kulendran Thomas (London) in collaboration with Annika Kuhlmann (Berlin), is a long-term artwork in the form of a start-up—a real-estate technology company founded by the artist to develop a flexible, global housing subscription that aims to make homes as streamable as music or movies. Based on collective co-ownership rather than private property, it aims to rewire property relations through the luxury of communalism rather than of individual ownership.

Kulendran Thomas’s work deals with the structures for the production and distribution of art. In New Eelam, Kulendran Thomas reflects particularly on the issue of citizenship, the right to belong somewhere which is linked to specific nations and, in his case, specifically to the Tamil Tigers' (unsuccessful) struggle for a separate nation in Sri Lanka. What would happen if technology instead allowed a more liquid form of citizenship, regardless of frontiers? Such a state would work primarily through contemporary art’s transnational networks and art’s ability to develop prototypes for new lifestyles. New Eelam thus imagines a future citizenship in an accelerated technological era, where companies can operate as states and brands communicate like artists.

Biography of the participants in the exhibition

Annika Kuhlmann is a curator who works predominantly through long term collaborations. As Artistic Director at New Eelam, she has been collaborating with artist Christopher Kulendran Thomas on exhibitions for the 9th Berlin Biennale, the 11th Gwangju Biennale and Berlin’s Hamburger Bahnhof – Museum für Gegenwart. Together with curator Anna Frost she established the curatorial project planes.sx; and as an artist and founder of Brace Brace she has exhibited at MoMA Warsaw, Auto Italia in London, KM Temporär and for DIS magazine. She is currently working with Tino Sehgal on an upcoming exhibition as part of the ‘Immersion’ programme at Martin-Gropius-Bau, Berlin.

The symposium Citizenship, the Nation State and Universal Basic Income: Scenarios in Art, Architecture, Anthropology and Sociology is developed and produced as a collaboration between Tensta Konsthall and KTH School of Architecture as part of the exhibition New Eelam: Tensta and the public event series Researching Architecture.

The exhibition Welfare Panels: The Pre-Fabricated Structural Systems of the Swedish Million Program Era in an International Context at Tensta konsthall will link the growing body of work on the Million Program Era being produced by Erik Stenberg and Helena Westerlind at the KTH School of Architecture with the internationally renowned work of Pedro Ignacio Alonso and Hugo Palmarola. "Structural Systems of the Million Program Era" is an ongoing study of the multifamily housing units from the 1960's and 70's that investigates their historical context, technology, flexibility, and contemporary potential.