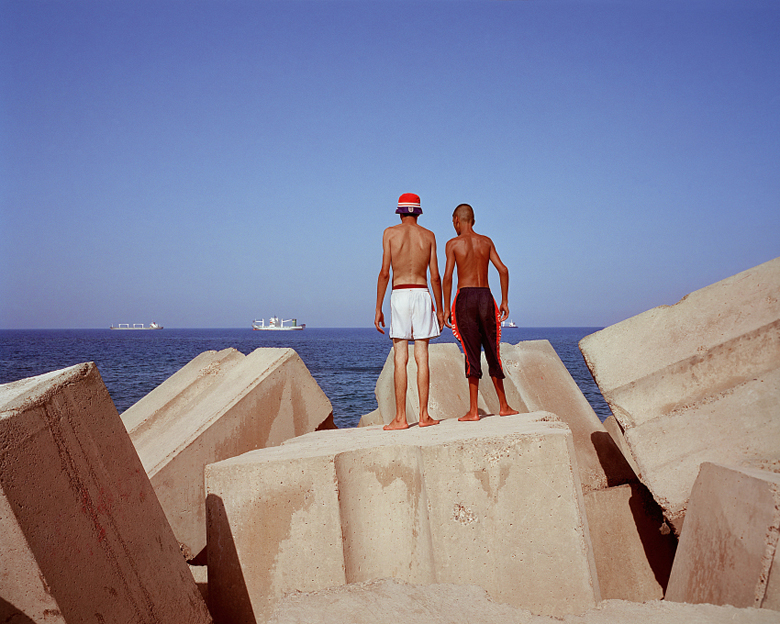 Until recently, opposite London’s Hayward Gallery entrance there was a very large digital print of two boys standing on huge concrete blocks, gazing out to sea from the Algerian coastline. Titled ‘Rochers Carrés’ (Square Rocks), the work was temporarily pinned to the brutalist exterior of one of the mass of concrete buildings that make up the South Bank Centre – the same unforgiving man-made aggregate as the breakwaters in the image, and in contrast to the blue sea and sky and the youth of its subject. The photograph was undeniably striking, but almost too sad to look at. You anyway had to turn your back on Rochers Carrés to walk into Attia’s Hayward exhibition, fittingly titled The Museum of Emotion. What I want to quote here is one particular response from the artist to a question put to him by Ralph Rugoff, the exhibition curator, director of the Hayward Gallery, and curator of the 58th Venice Biennial. ‘I’m very much affected by the notion of humiliation’ Kader Attia says. ‘It’s extremely important for me to show that people from former colonies – for example, Algeria, where my family comes from – belong to generations struggling against humiliation. In Arabic, there is a word ‘hogra’, which means humiliation. When Arabic speakers talk about a former colonial leader they say, ‘They’ve humiliated us’. The Tunisian psychoanalyst Fethi Benslama … says that colonisation is exploitation, is rape, is expropriation – but colonisation is also humiliation’1 In the work in the exhibition, Kader Attia confronts the viewers with the sheer meanness and unfairness that so many people suffer, be they the youth of the Parisian banlieues, or people trying to cope despite the lasting trauma and the scars of war, or because they are trapped within unassailable borders.

With more barriers being built in the U.S. and around many European countries, the people responsible are seemingly oblivious to the misery and the resentment they generate. There are also other forms of division being created, such as has resulted from David Cameron’s UK Referendum of June 2016. This has left not only parliament, but the population in opposing camps, Remainers versus Brexiters. Democracy, national identity, racism, citizenship, nationalism, and migration, feature in the ongoing and often vitriolic debate. Amongst the rhetoric is the rise of an ugly form of nationalism, a proven breeding ground for hostility to immigrants and racial abuse. Our intent with the 4Cs Workshop events was to debate the extent to which art can affect change when addressing issues of migration, displacement, and access. As we developed the programme for these, I came across an article about the European Film Awards (EFA) of December 2017. Wim Wenders was reported as having voiced his exasperation, actually his rage, against “an old monster that we thought we had buried, called nationalism ... the oldest and worse European disease. How can it possibly creep back into our present tense?” Wenders asked whether pro-Europeans had allowed the myth to perpetuate that Europe was all about bureaucracy and the economy, greed and growth. “Europe is built on much better walls, more solid ones than money. It is built on glorious ideas on who we are as humans, who we are as social and cultural beings. Are we fighting enough for these ideals? Did we? Will we?” He said the EFA sometimes felt like a Noah’s Ark, a safe haven, but that the strength of European film offered great promise for the future of Europe “against the simplifiers, the oligarchs, the enemies of freedom whether they sit in Washington, Moscow or Tehran.” 2 The same promise that many visual artists are currently delivering.

Kader Attia’s Museum of Emotion exhibition happily coincided with the 4Cs London events. We chose March for these – a partnership between the Royal College of Art, The Showroom and Tate Britain – because the 29th of the month was the day the UK was due to leave the European Union. Elvira Dyangani Ose, director of The Showroom, structured the discourse and provided the title, ‘This Is No Longer That Place: A Public Discussion’. In their response many of the speakers and audience participants addressed the subject of colonialism and its continuum. In the 4Cs’ quest for “conviviality to come from conflict”, there is an imperative to return to this subject and to historical precedents time and time again. Steve McQueen has said that ‘the only doctrine I have as an artist is to not allow the dust of the past to settle.3 This comes with a warning from another artist, Karla Black: ‘It is very important to look back. I don’t think we look back enough. I think sometimes looking back leads to depression and stasis, which isn’t good. But looking forward without any kind of deep, historical feeling of connectedness—it’s no good either.’4 Professor Gurminder Bhambra’s two talks for the 4Cs events were unwavering and authoritative accounts of examples of many of the unpalatable facts that have been conveniently side-stepped in the recounting of, in this case, the British imperialist past. There was an implicit encouragement to learn more about omissions and misrepresentations in education, and to counter the rosy bias that is being fed by many politicians to the UK electorate. At the same time, you were left in no doubt as to why there is much resentment by those who have been marginalised or excluded or whose history has been occluded. (Videos of these presentations are being made available on this site.) Gurminder Bhambra has initiated and runs a website, Global Social Theory, which is an ongoing, collaborative and free resource for teachers and students to assist in the process of decolonising the curriculum with reading lists and module outlines. As yet, however, I see that there is no section dedicated to art, so contributions are particularly welcomed from the sector.5 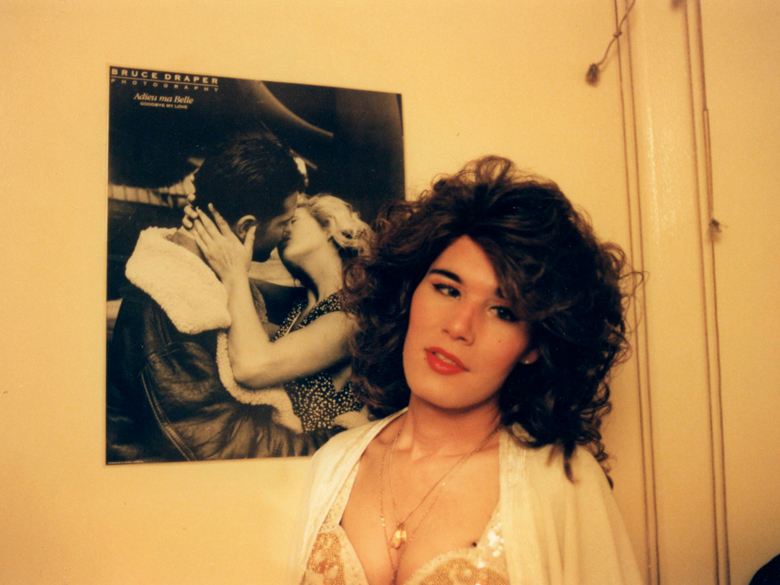 There is a side of the art world that often seems very cool, cynical, over commodified, distant, and eschewing responsibility. This should not be allowed to overshadow the multitude of positive efforts being made. Contemporary art is teeming with works that are anti-authoritarian, pro freedom, complex, engaging, and certainly not without hope. Kader Attia is an example of an artist demonstrating not only an unsparing honesty about consummate injustices, but also an extraordinary humanity which shines through in his subjects. For example, in the images of Algerian transgender sex workers from the series ‘La Piste d’Atterrissage’ (The Landing Strip), some of which were shown in the Hayward exhibition, there is comradery, undeniable beauty and a direct appeal for empathy. He presented a whole section of work dedicated to the subject of repair, making visible the efforts that have been made to overcome horrific injuries, trauma and broken lives. This is a show that was overpoweringly, convincingly, humane. 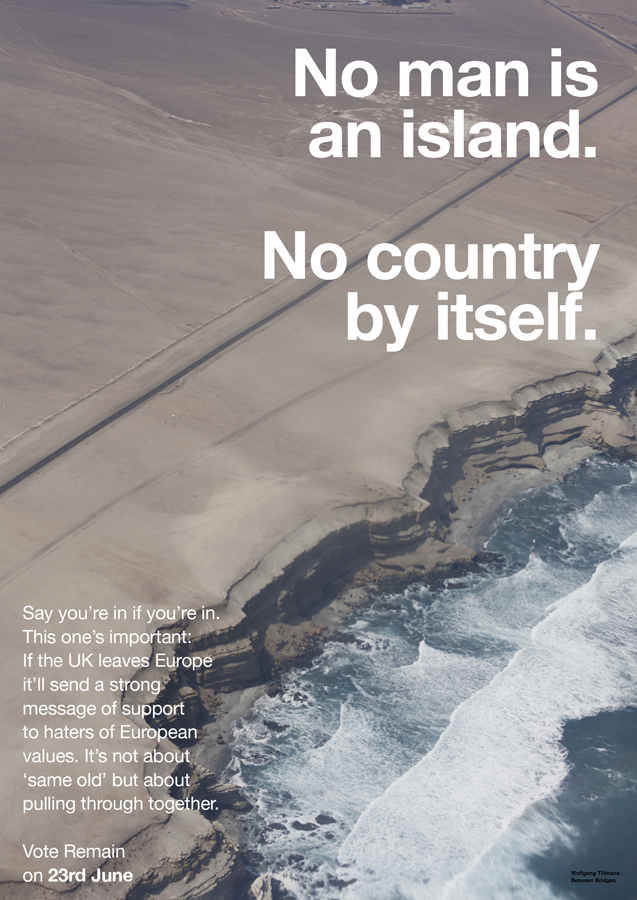 As soon as the Referendum was announced, Wolfgang Tillmans had been quick off the mark, distributing posters to art schools to encourage students to vote. His campaign has been followed by ongoing efforts - the overwhelming majority of artists passionately want us to remain in the EU – including a steady stream of letters to the press, posters, petitions, and images. One example of an artist taking an active role in opposing Brexit and in addressing the associated challenges is Kathrin Böhm, who together with Gurminder Bhambra was a speaker at the workshop events. For over 20 years she has been encouraging active participation in all her many projects including ‘Keep it complex make it clear!’. This was developed out of an artist-run Remain campaign originally in response to the announcement of the Referendum. Her practice is collaborative, addressing social, economic and political issues with people across otherwise divided worlds, most often outside galleries. As the website says, Keep it complex “gives you easy things to do in a difficult world. At the moment it might feel like you’ve got too many tabs open in your brain: Brexit, Trump, climate change, male violence, cultural hegemony, islamophobia, terrorism, right-wing populism – the list goes on.” But here are ongoing events, workshops, discussions and campaign materials, all “about making clear what we want, without simplifying discussion: a peaceful, caring, angry, anti-austerity, factual, DIY, transnational, struggling, messy, family-friendly, queer, inclusive, intergenerational, generous, diverse society.” Both Kathrin Böhm’s and Kader Attia’s work exemplify what Donna Haraway would call ‘Staying with the Trouble’, and like Karla Black and these artists, Haraway emphasises a need for connectedness. Indeed, every artist who spoke at the 4Cs events – including Bouchra Khalili, Daniela Ortiz and Oliver Ressler – demonstrated a solidarity in their defiance of the haters, the deniers, the sleepers, and the greedy. Countering these they brought a wide range of examples of courage, energy and imagination and as a curator, yet again, I felt such a sense of strong belief in the value art brings. Had he been present at the events, and had Wim Wenders seen The Museum of Emotion, he would have been greatly reassured.

* The title of Donna Haraway’s book, Staying with the Trouble, Duke University Press, 2016