Political Borders and Liquid Memory: a Workshop in Nida

The one-week-long workshop The Baltic Sea: A Liquid Memorial will start on the 16th of September at Nida Art Colony of Vilnius Academy of Arts. Led by creators of renown counter-monuments Horst Hoheisel and Andreas Knitz from Germany the workshop will reflect upon the questions of territorial borders, migrating memories, and intercultural encounters.

One can witness an obvious manifestation of spatial, political, economic, and cultural fragmentation on the Curonian Spit – the short border next to Nida separates Lithuania or EU and Russia, and divides the Curonian Spit into two halves. The Baltic Sea: A Liquid Memorial will try to restore the cracking cultural ties between Kaliningrad region and Lithuania. Twelve artists from Dublin, the Hague, Kaliningrad, London, Moscow, and Vilnius will be busy at Nida Art Colony next week. Artist, writer and curator of the 11th Kaunas Biennial Paulina Pukytė and the winner of Lukiškės Square memorial contest Andrius Labašauskas among them.

The organisers would like the participants to deal with the borders in a playful manner. The Curonian Spit is a nature reserve, which is cut through by a border guarded by border patrols. However, nature doesn’t recognise any borders. It overgrows physical borders and imagined boundaries, such as the so-called Iron Curtain in Berlin where nowadays people can go hiking or simply relax.

‘With The Baltic Sea: A Liquid Memorial we aim to develop our own creative ways of inviting playful border crossings. One example could be to put up a volleyball net on the beach and to play a cross-border beach volleyball match with Russian and Lithuanian players. We could overcome the imaginary border on surfboards and boats using our self-created border-sails or kites. We will try to soften the edges of the political border between the two power blocks in artistic ways.‘, say the leaders of the workshop Horst Hoheisel and Andreas Knitz.

It is planned to work with objects found “on site”, like beach chairs, boats, surfboards, bikes, etc., as well as with natural materials. The results of The Baltic Sea: A Liquid Memorial will be documented and published online. The leaders are partnering with the touring exhibition On Visible and Invisible Borders, which will be installed at the Jewish Museum Munich in 2019. It might be possible to present the results of the workshop there. 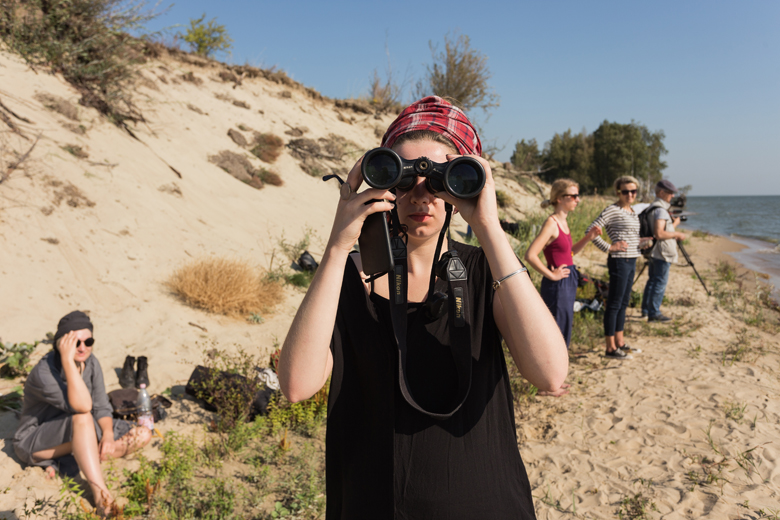 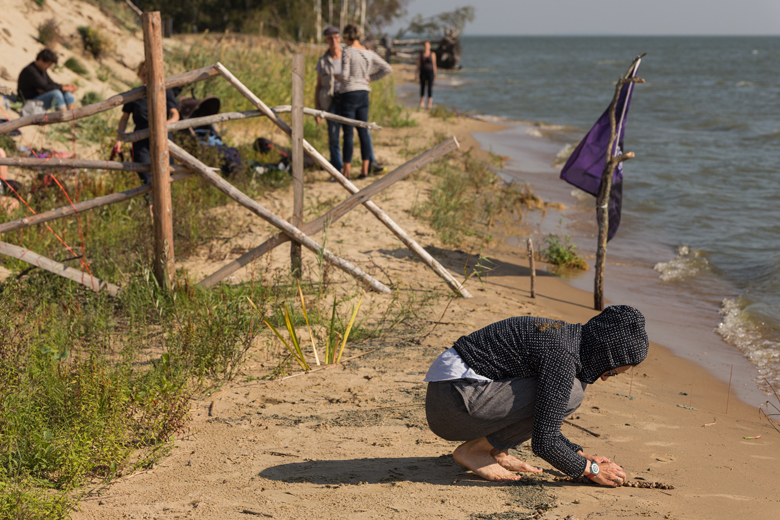 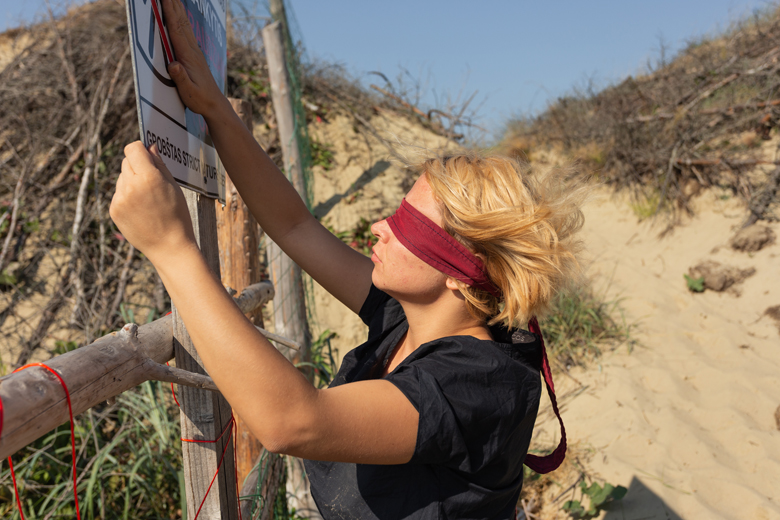 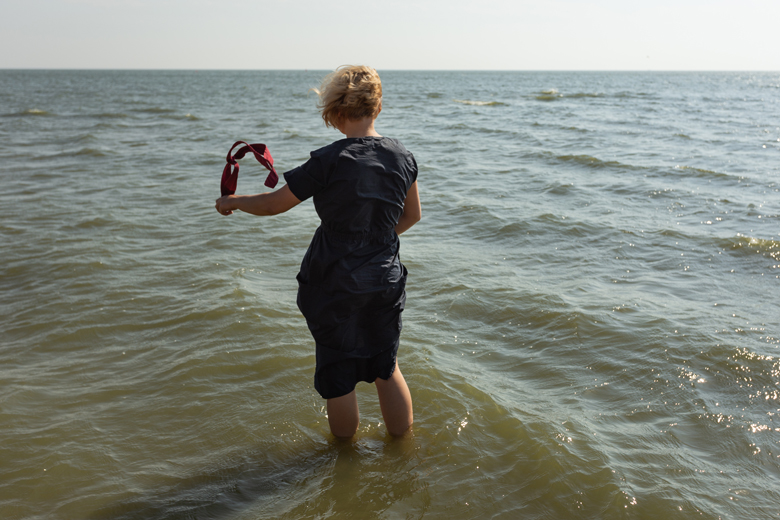 The workshop leaders Horst Hoheisel and Andreas Knitz have worked together since 1994 on commemoration projects known as counter-monuments or negative monuments. They are searching for new forms of commemoration of the victims of mass murder and dictatorships. Instead of repairing the irreparable, their goal is to make the absence of murdered people visible and felt. Their projects have been realized in Germany, Poland, Israel, Venezuela, Brazil, Cambodia, and elsewhere. For the 11th Kaunas Biennial Hoheisel and Knitz have created a new site-specific work Recycled Memory at the Union Square in Kaunas. 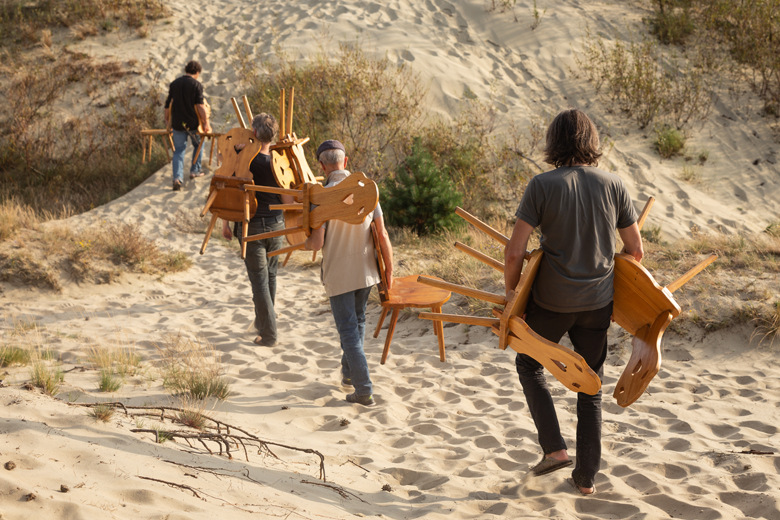 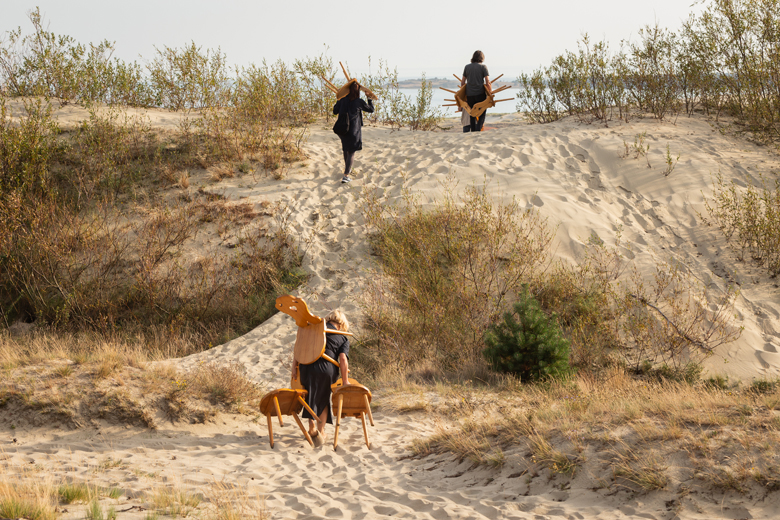 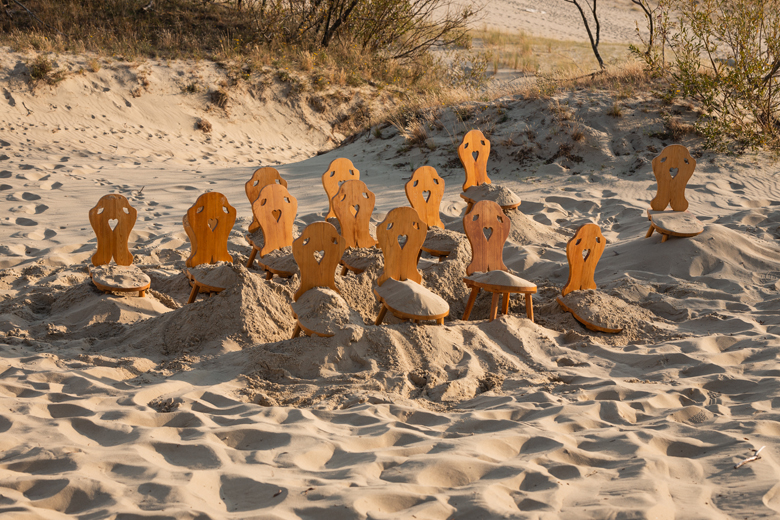 The workshop is part of the project 4Cs: From Conflict to Conviviality through Creativity and Culture, supported by the EU Creative Europe programme. The project co-funded by the Goethe-Institute Lithuania, the Lithuanian Council for Culture, and the Ministry of Culture of the Republic of Lithuania.